Bottom Line Up Front (BLUF): It is easy to win an argument…when you put a ball gag on your opponent

“I know that I know nothing” is a phrase commonly associated with the Greek philosopher Socrates.  The clear inference from this paradoxical assertion is that knowledge comes from inquisition, research, and dialogue with others.

The eponymous Socratic Method was developed to facilitate critical thinking through development of theses, followed by challenges that would then be defended by the originator. Again, the ancient Greek philosopher recognized the need for robust dialogue between humans to push back the boundaries of ignorance.

The founding fathers engaged in vigorous, sometimes heated debate during the 1787 Constitutional Convention to replace the failing Articles of Confederation.i The Federalists & Anti-Federalists each developed arguments based on logic and facts in an attempt to persuade state delegates on the veracity of their competing proposals. Ultimately, this yielded a result that has stood the test of nearly 250 years.

In much the same way that competing athletes push each other to greater achievement, society benefits when ideas are free to compete in the arena of public discourse.

While this timeless concept would seem an obvious pillar of a functioning social order, history is replete with examples of individuals or societies that muzzled speech, squashed dissent, or banished heretics.

Galileo Galilei advocated the Copernican concept of heliocentrism—the fact that the sun is the center of the universe. Galileo’s teachings challenged official church dogma and led to his official inquisition, forced recantation, and lifelong house arrest.

The 20th century was filled with “leaders” who silenced their populace and opposition. Perhaps the most grievous example occurred in the immediate aftermath of the February 1933 Reichstag Fire.  Seizing the initiative, Hitler rapidly consolidated power and had his slim Nazi majority in government pass the Malicious Practices Act—an official decree outlawing any speech or act critical of the government.ii  This act quickly chilled political opposition to the Nazis and cowed the German peopleinto submission, paving the way for countless horrors to come.

The Chinese Communist government recognized the extant problem they had with burgeoning unrest following the 1989 Tiananmen Square democracy protests. Since then, the government has embarked on a relentless campaign of censorship, arrests, surveillance, and Orwellian memory-holing of all
historical records of the event.iii  Following their 2020 assimilation of Hong Kong, the government has similarly embarked on a purge of Tiananmen Square memories in the formerly free special administrative region.iv

In our own nation, civil rights activists endured harassment, beatings, and even death as they sought to provide black voters with a voice in the political process in the Jim Crow Deep South.v

The common theme is an entity, operating from a position of power to quell open discourse, thus destroying their opposition by silencing their voices.

Over the past two decades, the landscape of American comity has deteriorated. Whereas competing ideas used to be freely shared with respectful tolerance of one another’s point of view, increasingly some Americans have sought to assert their ideological will over a silenced opponent.

The debate over climate change (formerly known as global warming) is a prime example of this muzzling. While the scientific community claims broad consensus on the topic,vi dissenters face condemnation,vii loss of employment,viii and even threat of prosecution.ix x  Sadly, this isn’t the only push for enforced ideological conformity.

The advent of social media as a virtual public square has revolutionized the way the world interacts with one another. However, the dawn of the 2020s saw an alarming rise in the use of so-called fact checkers to mark, and oftentimes delete, individual speech that strayed outside thought boundaries. Whether the topic was COVID origins, COVID treatments, the 2020 election, or a litany of other topics, Americans discovered an electronic hand would be placed over their mouth if they displeased the
unseen enforcers of societal dogmas.

“Cancel Culture” is perhaps one of the cruelest iterations of this phenomenon. This form of organized bullyingxi utilizes the power of the mob and social ostracism to strong-arm a target into submission.  The “cancelled” individual is effectively destroyed—often losing their employment and previous standing in societyxii —but the intent is also to serve as a warning to others that they too will be eviscerated if they step out of line.xiii

This past weekend, Franklin TN served as the host city to the American Dream Conference featuring several prominent political leaders, academics, and pundits.xiv It was a thoughtful, respectful reflection on our society’s progress towards Dr. Martin Luther King’s ideal of a nation of equal citizens living in harmony.

Nevertheless, a local group rolled out a predictable arsenal of baseless slanderxv xvi in an attempt to disrupt this event in the days preceding. They also made a feeble, cowardly effort at cancel culture in the heart of Tennessee. Their thinly veiled threats at local governmentxvii xviii and businessesxix xx were a sad display of their utter intellectual and moral bankruptcy.

Their behavior follows a bitter trend among the political left in this country of marginalizing any voices of dissent emanating from minority communities.xxi xxii  Whether it’s branding someone like Dr. Thomas Sowell, Justice Clarence Thomas, or Secretary (Dr.) Ben Carson as “Uncle Tom” or a white woman in a gorilla mask throwing an egg at gubernatorial candidate Larry Elder, the message is clear: “you don’t conform to our racial dogma, therefore we will shut you down and destroy you.” Hardly where Dr. King likely envisioned our country 54 years hence…

So much has been said about the need for diversity in our nation. Americans of every walk of life would likely agree, but not necessarily the diversity championed by woke totalitarians of the 21st century. As Socrates opined, diversity of thought is good as it leads to discovery and learning.

Rather than attempting to muzzle the American Dream Conference speakers, or any voice challenging the now monolithic narrative of woke, wouldn’t it be more credible to challenge the ideas instead of the right of the presenters to speak? Only by stepping into the arena of ideas and competing on equal footing will the opposition’s position have any true merit among thoughtful Americans.

The question is, do they have the courage to pursue a Socratic approach to advance their cause, or will they choose the path of lesser, reviled historical figures? 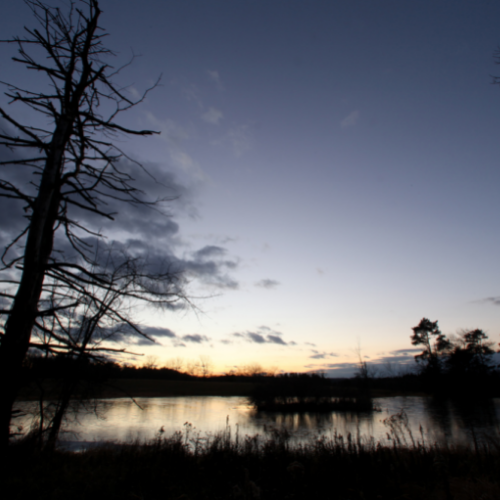 © 2023 Center For Self Governance. CSG is a educational 501(c)(3) organization. All Rights Reserved. Site customized by Lindsey Owen White