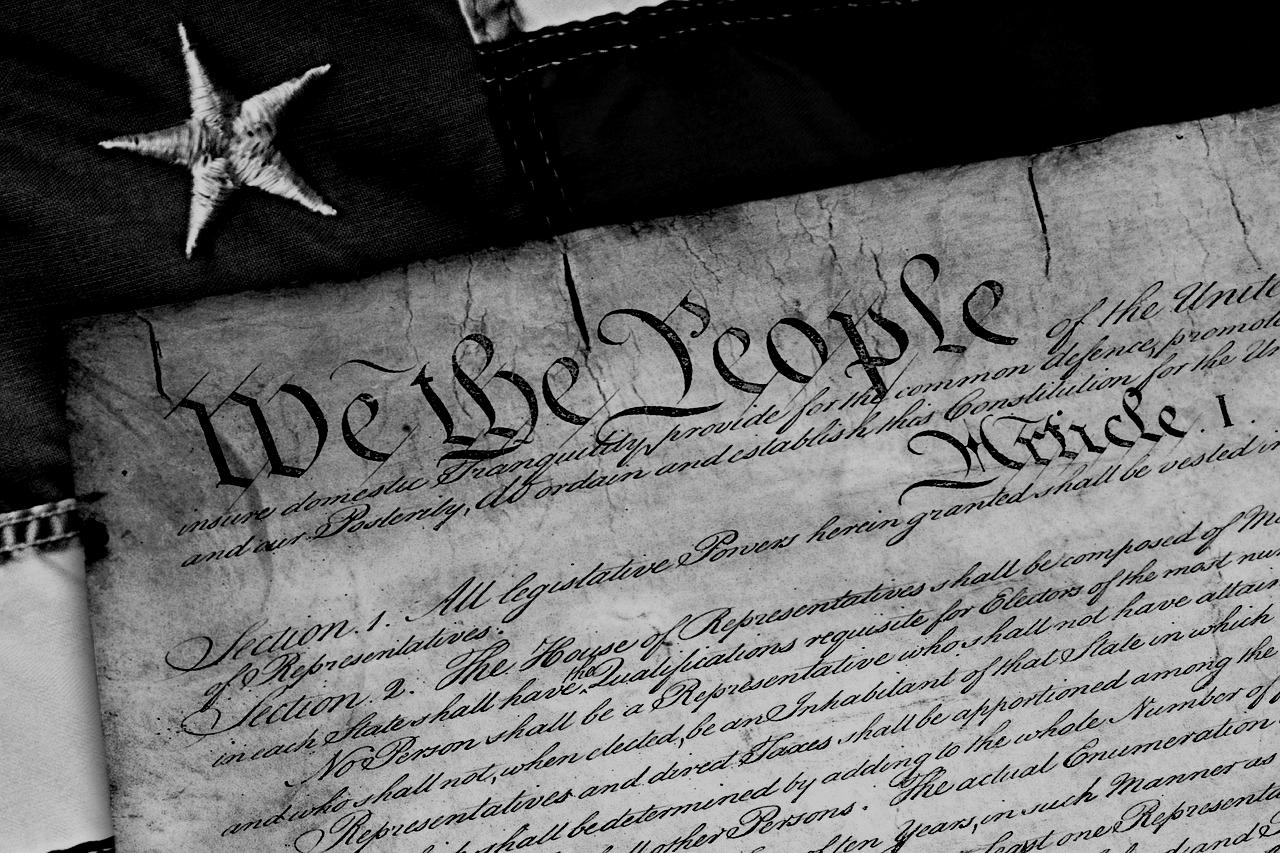 Bottom Line Up Front (BLUF):  A youthfully powerful nation stands at a crossroads.  Will it turn its back on family values?

“The Next 100 Years: A Forecast for the 21st Century” is a crystal ball look at the rest of this century based on extrapolated trends through the first decade.

What makes George Friedman’s book incredibly relevant is his analysis of history, geography, and trends created by these inherent realities to build a vision of the 21st century.  One of Friedman’s views is that America is in an adolescent phase in its history.

A nation blessed with favorable geography was destined to eventually become powerful.  Like a teenager who experiences a sudden growth spurt and needs time to grow into their ungainly body, Friedman believes the US is just growing into its preeminent position in the world order.

Perhaps there is more to Friedman’s hypothesis than just a nation learning to use its newfound international muscle responsibly.  Are there other parallels to teenagers and how these might help explain the situation in which the nation now finds itself?

Turning away and experimentation

Parents spend 15 years nurturing, instilling values, and giving their child a sense of identity within a family.  As a child approaches adulthood, they begin to rebel, to challenge what they’ve been taught, and sometimes experiment with behaviors parents wish they wouldn’t.  While these are natural phenomena, there isn’t a parent who doesn’t shake their head at these inexorable growing pains.

Fortunately, children grow out of this rebellious stage.  They recognize the worth of both the values instilled and the family identity that they will carry forth as they begin a life outside the home.

In much the same way, America may be experiencing similar growing pains.

At its founding, America was unique in a world dominated by absolutism[i] where (usually) a single entity ruled with total control and no accountability to their subjects.

Our Founders established a revolutionary system whereby power would be diffused not just between three co-equal branches of the federal government, but shared equally with similarly trifurcated state governments.

Intentional brakes installed throughout this system prevent consolidation and abuse of power by any one entity.  The ultimate brake our Founders installed was a polity owing allegiance to no one individual or group, but instead to the whole nation, and enjoying the fruits of liberty derived from natural law rather than those deigned by man.  These consenting citizens were the final arbiters of this government and the ultimate source of its legitimacy.  Revolutionary indeed.

Our founders recognized the failings of man, and warned us appropriately.

Answering a query by politically savvy Elizabeth Powel about what kind of government the Constitution’s framers had decided, Benjamin Franklin famously responded:

The Framers had rightful reservations regarding the unrestrained chaos and potential for mob rule in a pure democracy.  Similarly, though they had renounced the shackles of monarchical tyranny in favor of a nation of equal states, the failed confederation experiment showed the need for a stronger central government.[iii]  Their attempt to strike a balance between chaos and tyranny is the knife’s edge on which our nation continues to dance.

In writing to the Massachusetts militia, John Adams cautioned:

“Our Constitution was made only for a moral and religious People. It is wholly inadequate to the government of any other”

Adams no doubt recognized the self-evident truths of which the Framers spoke would be easily discarded by those who recognized nothing superior to human intellect.  This is not to say religion necessarily equates to correct, but rather that a moral being, rooted in the acceptance of their own fallibility, is a prerequisite for the system of governance the founders envisioned.

The obvious counterargument to this is the question of slavery at the time of ratification.  Indeed, our Founders admonished us appropriately.

“We the People, in order to form a more perfect union”

The Founders acknowledged the imperfection of our fledgling nation and charged us to make it better, providing tools through the amendment process of Article V.  The indirect mention of slavery in Articles I and IV belie deep divisions among imperfect humans attempting to launch a nation into the world.[iv]  Nonetheless, we see a nascent movement at our founding to create that more perfect union, a movement that continues to this day.

These are just some of the “family values” that our Founders bequeathed us.  Though they’ve been inculcated in generations of Americans, they are increasingly under attack in this adolescent republic.

Congress’ accelerating cession of Article I responsibilities ranging from making war[v] [vi] [vii] to executive fiat in lieu of legislation[viii] is a distressing signal of rebellion against family rules.  So too is judicial activism as a substitute for legislation.[ix]  In both cases, the perceived ends justify the means; in both instances this results in the tacit muzzling of the branch of government closest to the people who grant government its legitimacy.

While these structural transgressions are alarming, perhaps more disconcerting is the infatuation some Americans (particularly younger Americans) have with failed ideologies rooted in the antithetical ideology of absolutism.

Embarrassingly ignorant given the frightening wake of death and destruction trailing its century long practical application around the globe,[x] [xi] some Americans nonetheless believe socialism and its power hungry sister-isms are preferable political-economic systems to our current mostly free market economy.

Some advocate Nordic socialism.  This too is laughably sophomoric.

Scandinavia is far from socialist, but it is a bit different from the United States.  There are generous social programs, but this requires very high taxes (that are flat, not progressive like they are in the US).  Interestingly, there is no minimum wage set by the government, property rights are strongly enforced by the state, and regulation of industry is low.[xii]  Hardly a Marxist paradise.

The growing illiberal militancy by Leftists is perhaps the most distressing abrogation of “family rules.”

Whereby freedom of speech, press, and assembly are inviolable rights that cannot be abridged by the government, the recent past suggests a willingness by individuals or groups to enforce their will on fellow Americans through economic, social, and increasingly kinetic means.[xiii] [xiv] [xv] [xvi]

Some will claim with haughty indignation that the Constitution does not apply to interactions between private entities and they would be somewhat correct.  However, this ignores the fact that Congress has in fact utilized the Commerce Clause of Article I to eliminate private party discrimination that affected commercial activity.[xvii]

Furthermore, the Supreme Court has invoked the Thirteenth and Fourteenth Amendments to authorize Congress to pass laws affecting private discrimination.[xviii]  At the very least, this all sets up inevitable court fights between aggrieved cancellees and their cancellers with the potential for expansion of civil rights to include political ideologies as a result.

This of course is ludicrous.  A free and liberal society envisioned by the Founders shouldn’t find itself in a situation where citizens and private entities attempt to destroy one another based on differences of opinion.  I cannot help but feel the Founders would scream at our collective society “GROW UP!”

Nonetheless, we find ourselves at a perilous period in our history.  Like a teenager whose parents’ words of love and lessons of morality are ringing dull as they contemplate whether to smoke meth for the first time, we stand at a precipice from which we might not return. 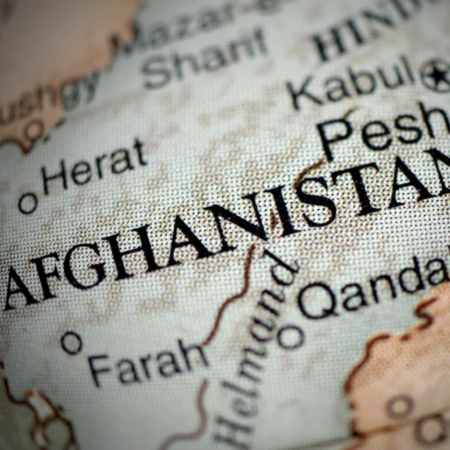 When the Fox Defends the Henhouse

When the Fox Defends the Henhouse

Check out our new Structure of School Government Training!